The Veterans Bridge Home slogan is, "a stronger community, one Veteran at a time." We say this because we know that Veterans and their families make great neighbors, employees, and citizens.
This Tuesday WTVI, the Charlotte-based PBS station, aired a segment on exactly how we serve the Veterans and families in our community. 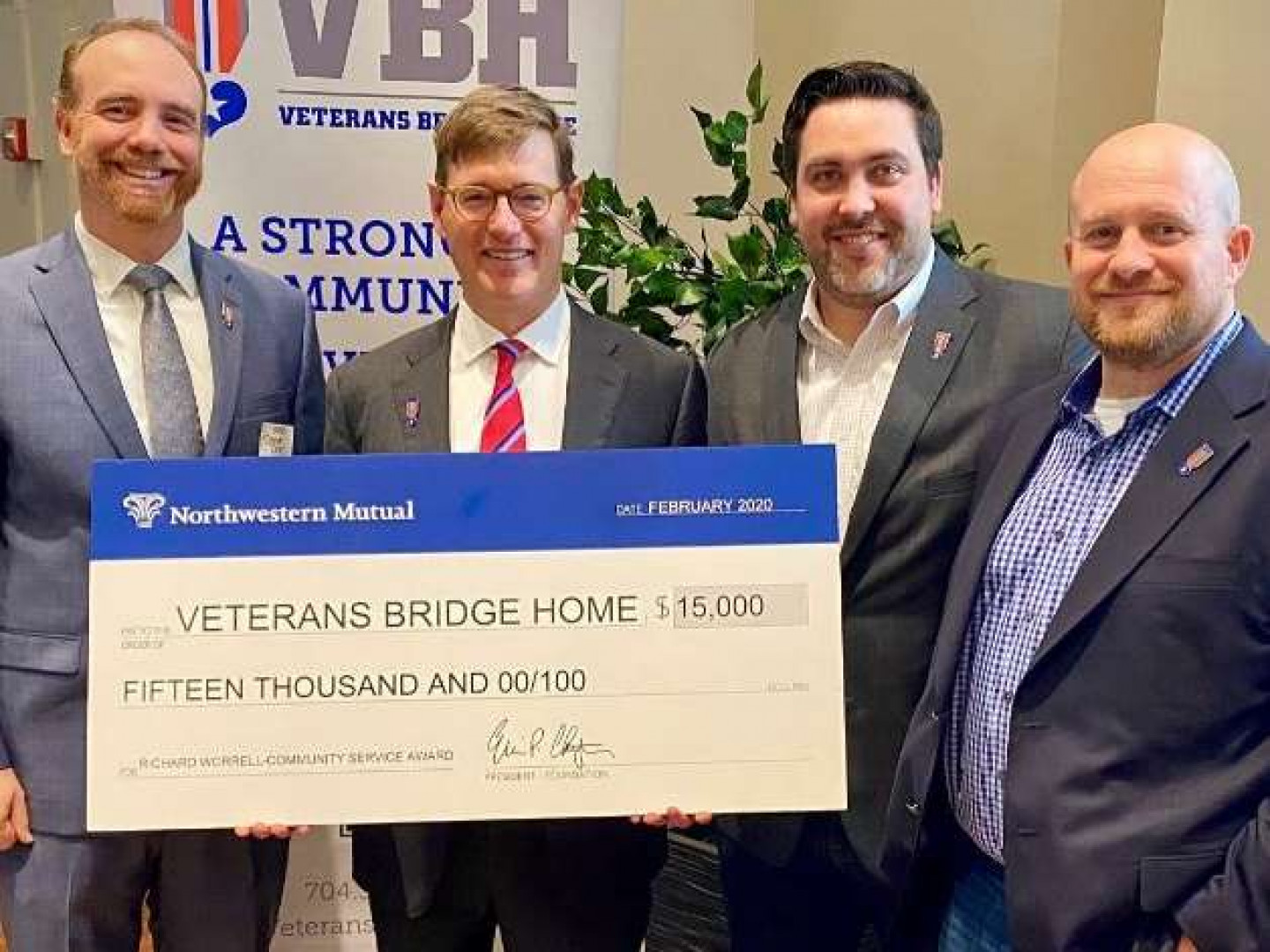 Northwestern Mutual recognized Richard Worrell as one of 16 financial advisors who go above and beyond in giving back to the community by awarding him a $15,000 grant for a charity of his choice. 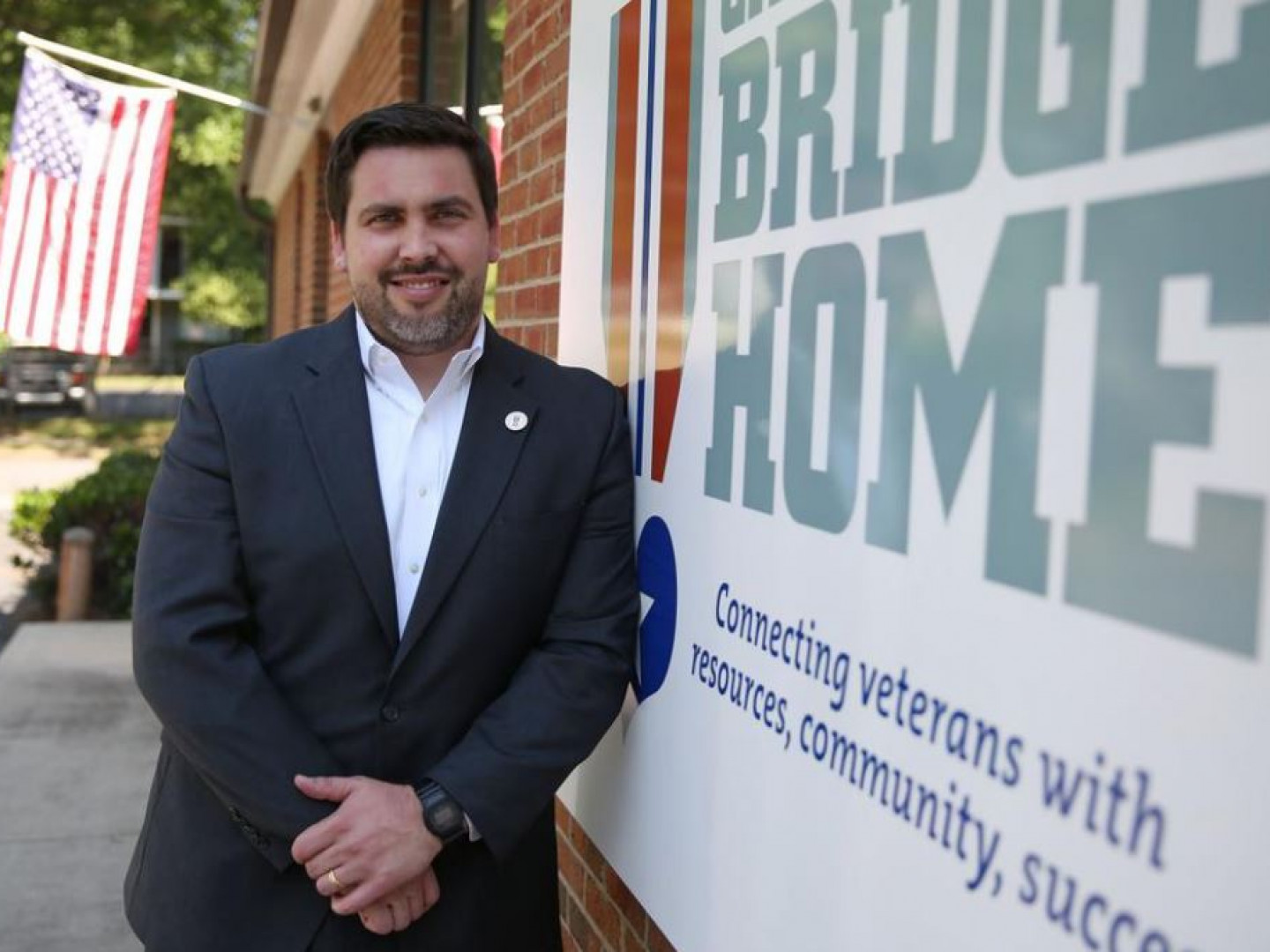 A decade ago, Charlottean Tommy Norman started Veterans Bridge Home to help the steady stream of veterans returning from service in Iraq and Afghanistan looking for jobs, homes and schools for their children. The economy was in recession, and veterans were more likely to be unemployed than the population as a whole. A decade of work has raised awareness among employers of the civic assets veterans are in the community and workplace. The Covid-19 pandemic has thrown the economy back into recession and threatens the most vulnerable veterans. Blake Bourne, executive director of Charlotte's Veterans Bridge Home, spoke with the Charlotte Business Journal about the virus' impact on the nonprofit's community outreach and the new challenges veterans will face. 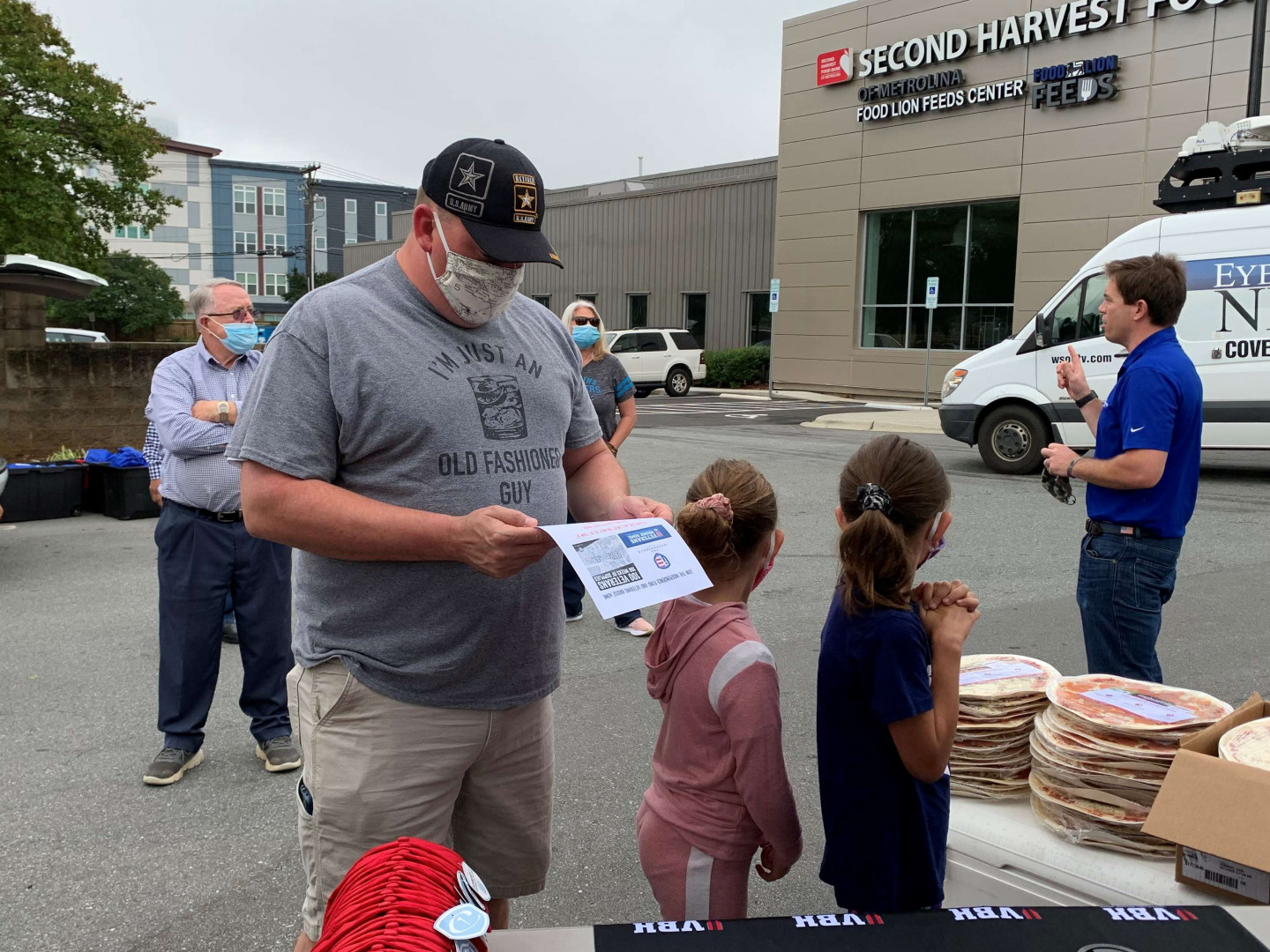 Veterans Bridge Home is joining forces with The Independence Fund and Second Harvest Food Bank of Metrolina to provide emergency food packages for veterans in need.

This partnership is in response to the growing need for food assistance due to the coronavirus pandemic. 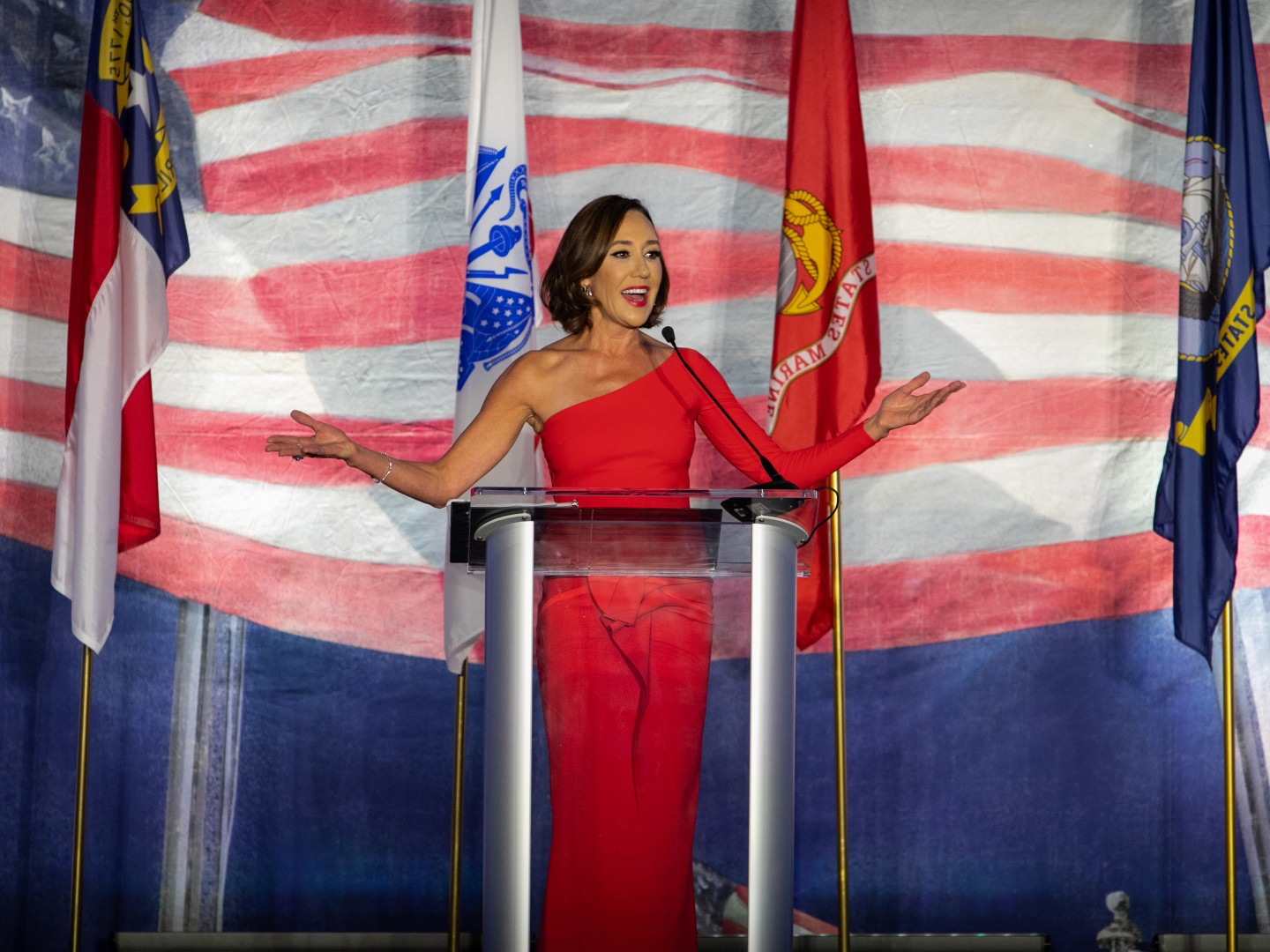 Veterans find community, comfort and the help they need transitioning from military service to civilian life

The Charlotte-based non-profit, Veterans Bridge Home, was born out of a real need local veterans had acclimating to a new life outside the structured world of service.

"There's no training program to make you a civilian. It does not exist," Tommy Norman, the founder of Veterans Bridge Home explained on a video produced for their recent Star Spangled Salute. 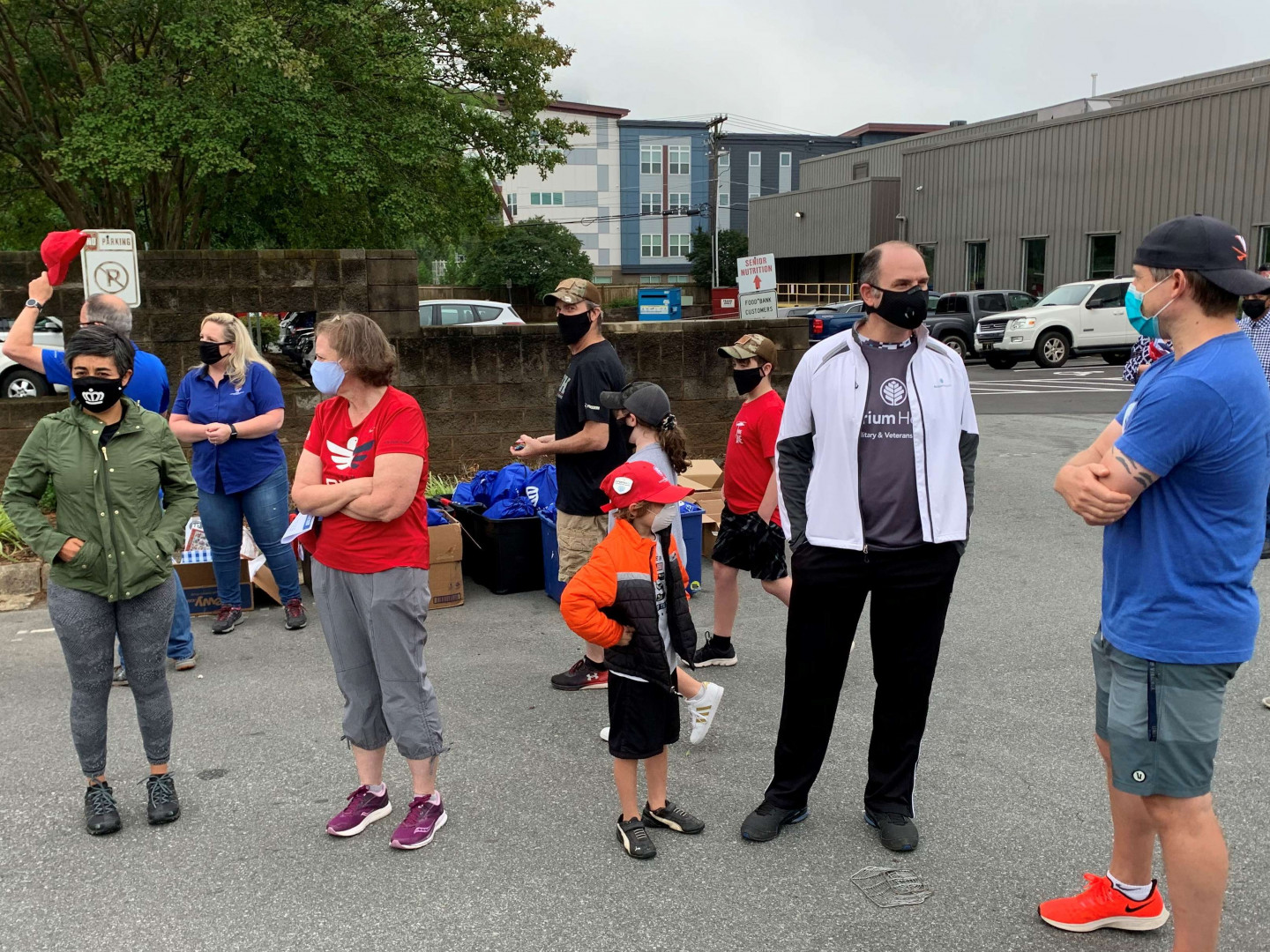 Memorial Day can be tough for veterans as they remember fallen friends, and with the pandemic, many have had an especially difficult few months.

But Saturday morning, some veterans got a welcome surprise.

People Can Help From Home for National Volunteer Week

It's national volunteer week but with stay-at-home orders still in place, groups are asking folks to get involved from home.

One such group is Veterans Bridge Home, which connects veterans with resources. It is looking for former military members to serve as mentors to Zoom, Skype, or call other veterans.

Right now, with regular events canceled or now virtual, organizers say they're focusing on signing people up who are willing to help once the pandemic is over.

How some veterans are retooling as jobs go away

No matter the rank, members of the military train for crisis. That mission should serve them well as many face the loss of a job and the need to retool amid the Covid-19 pandemic and economic fallout.

Veterans in the workforce: Coming up with an online answer to job fair freeze

Covid-19 put hiring events on hold, leaving veterans fewer options for connecting with companies. A turn to virtual events has kept the door open to opportunity. 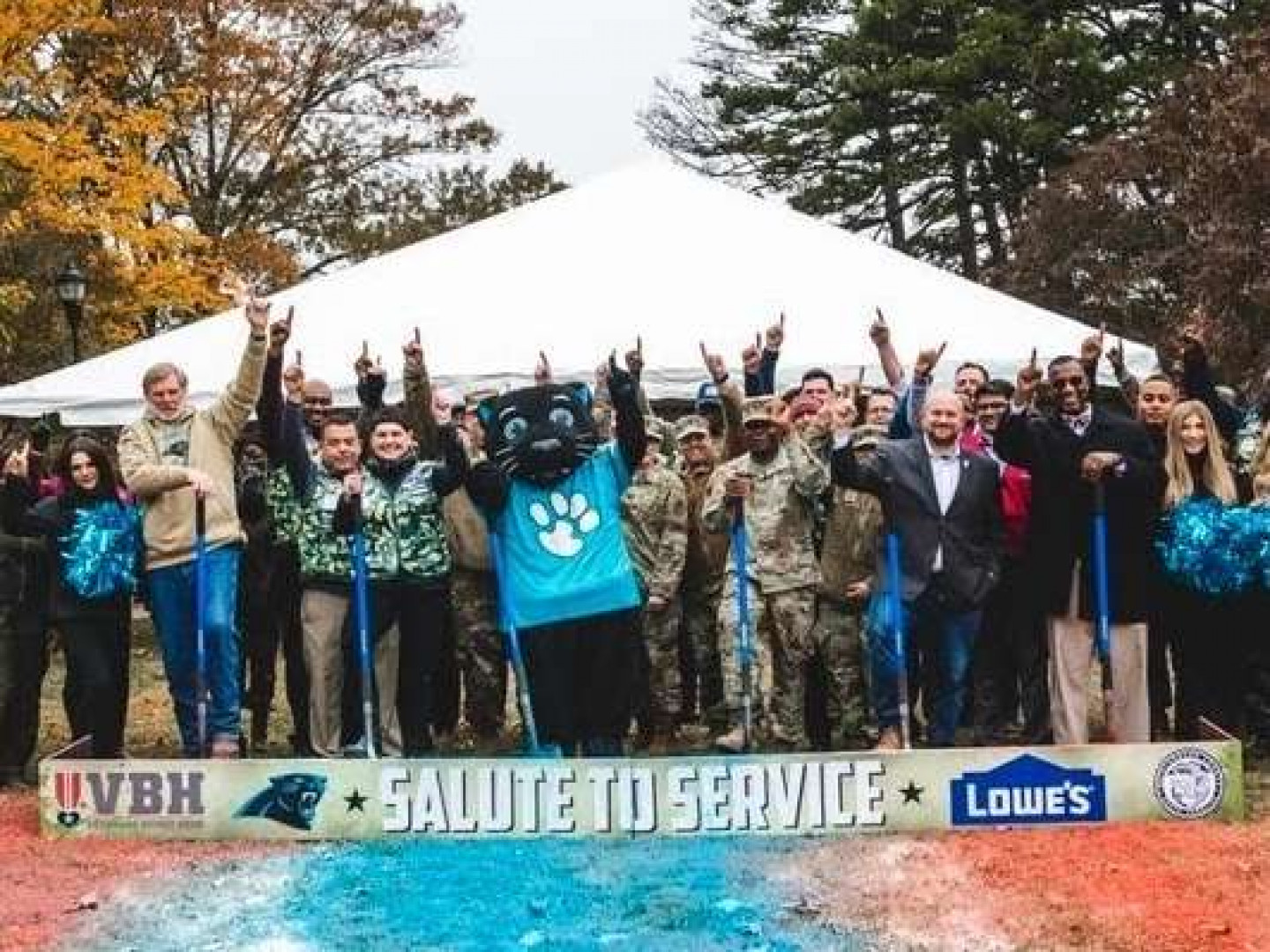 On Friday, the Panthers and Lowe's hosted a ground-breaking ceremony for a new outdoor military fitness space, in partnership with Veterans Bridge Home and Mecklenburg County, in Veterans Park in Plaza Midwood in Charlotte.

How Ron Rivera learned leadership from his mom and the military Asked who the most influential leader in his life has been, Ron Rivera says, without hesitation: "My mother."

Speaking at a lunch benefit for the military nonprofit Charlotte Bridge Home Tuesday, the Carolina Panthers head coach explained his aptly-timed answer: While his father served in the U.S. Army for over three decades, and his mother often had to assume the role of both parents - no easy task for a family of four boys. "Mom had a real good back hand," Rivera joked.

"For the military spouses out there, you know that when your loved one has to go overseas like my father did on several occasions, that other (parent) is in charge," said Rivera, who grew up on an Army base in California.

CHARLOTTE, N.C. (WBTV) - Christmas came early for U.S. Navy Veteran Ashley Williams, who was surprised with keys to a newly-restored car during an on-ice presentation at the Charlotte Checkers game Friday night.

According to a press release, the car donation from Caliber Collision and GEICO is part of a national program to repair and donate cars to individuals in need of reliable transportation.

Local veterans get homeowners assistance thanks to program initiatives

CHARLOTTE, N.C. (FOX 46 CHARLOTTE) - On a rainy first of March, Marty Johnson is welcoming guests into his new home. They've brought a welcome kit with all the necessities of home: new dishes, towels, cleaning supplies and lots of other items. 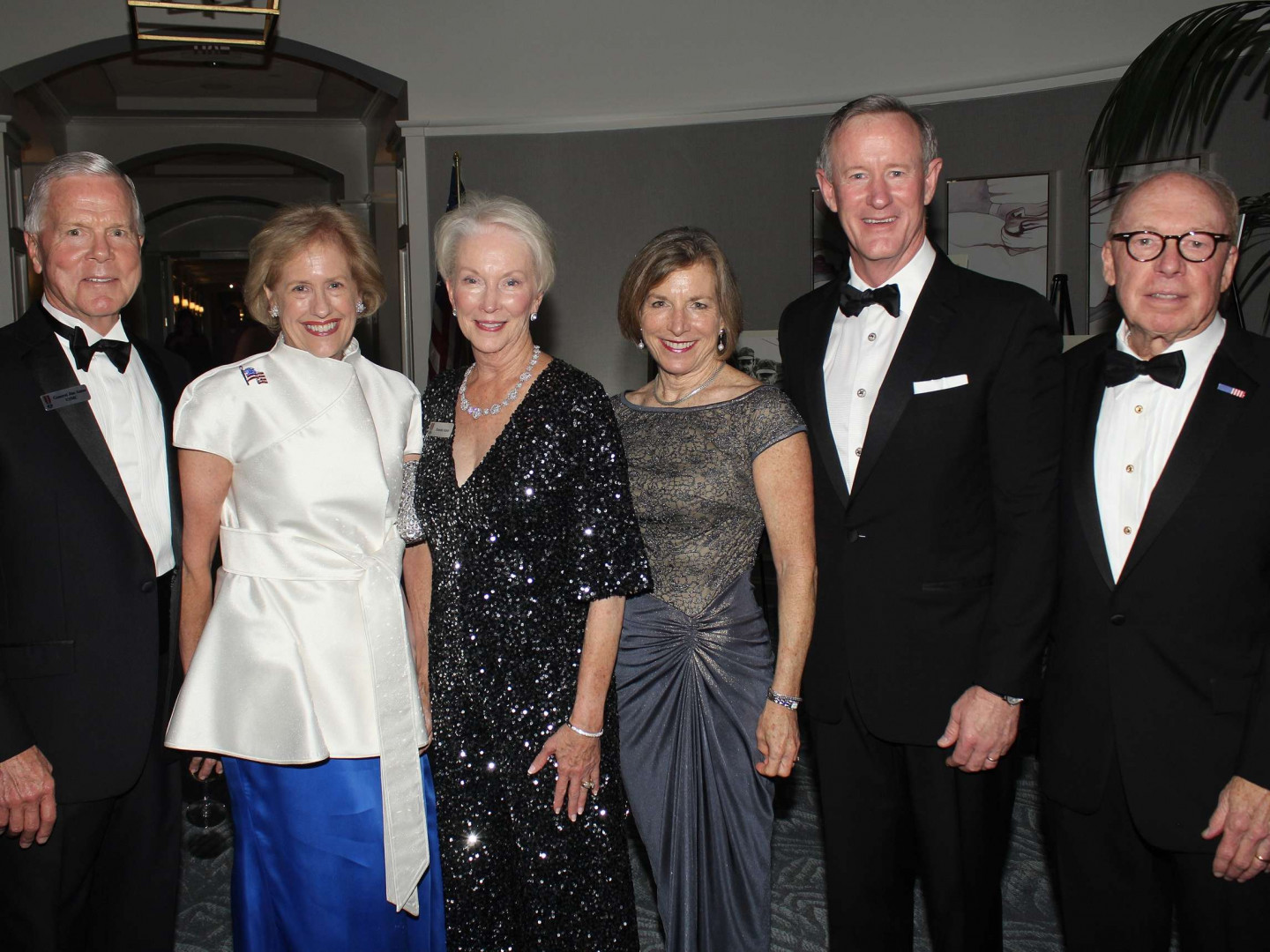 CHARLOTTE- (October 6, 2018)- Veterans Bridge Home celebrated seven years of integrating Veterans and military families into our community at the inaugural Star Spangled Gala on Saturday, October 6 from 7:00-9:30p.m. at the Ballantyne Hotel.

Retired U.S. Navy Admiral, William McRaven spoke to the 370 guests about his service and the lessons learned during a career spent with the Navy SEALs and in the special operations community.

Among the evening's guests were 25 generals and admirals from across the country, including former Commandant of the U.S. Marine Corps, General James Amos, retired.

Blake Bourne felt disconnected after he was discharged as a U.S. Army infantry officer from Fort Bragg in 2012. He had plenty of duties as a stay-at-home dad when the family moved to Charlotte for his wife to take a pharmacist job at what is now Atrium Health.

CHARLOTTE - One of the NFL's strongest supporters of the military, Panthers head coach Ron Rivera appeared at the Veterans Bridges Home Lunch and Lead on Friday.

"I was very humbled by some of the stories I heard today," said Rivera, who's father served two tours in Vietnam with the U.S. Army, "and some of the men and women I got to meet." 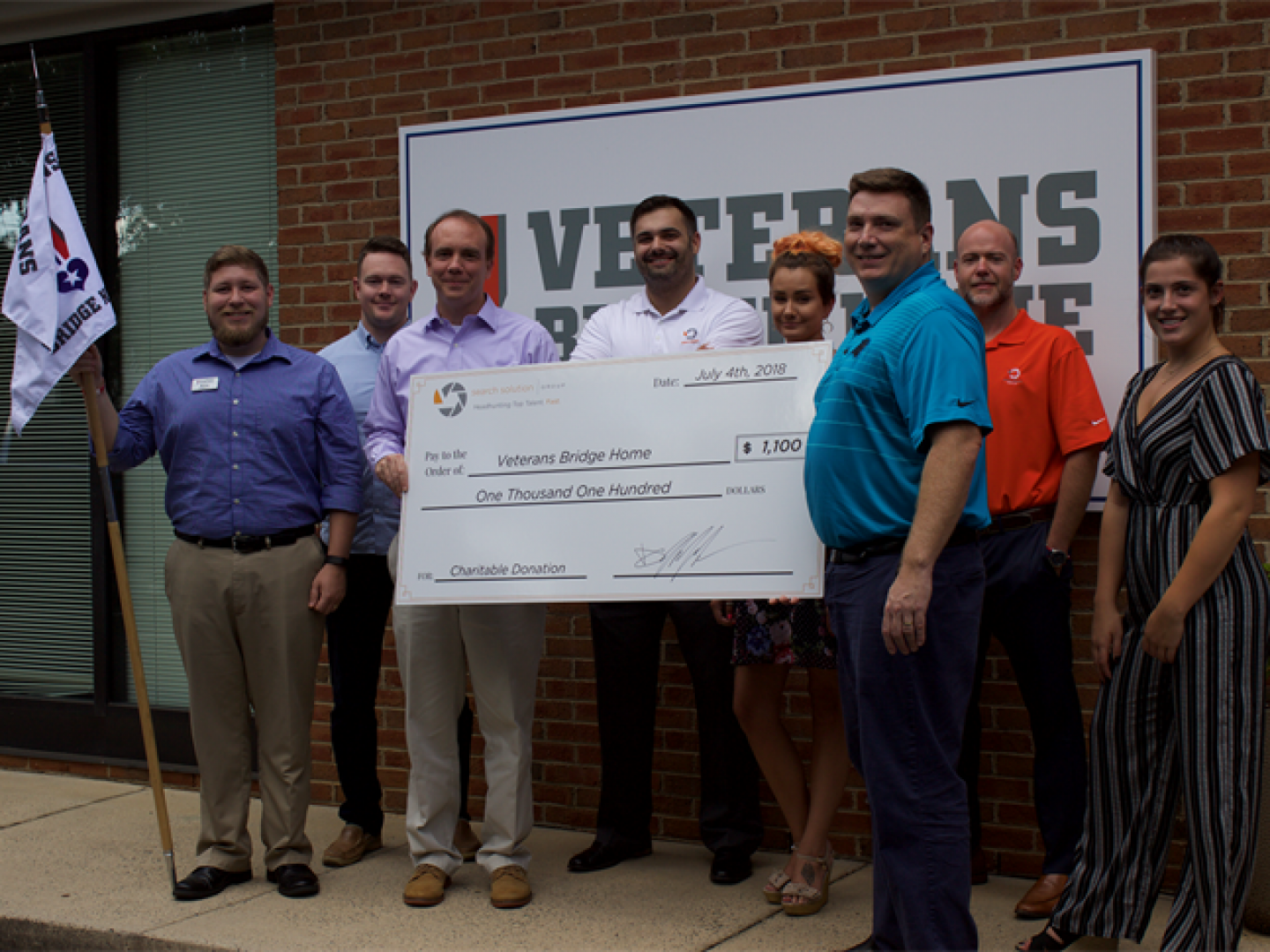 CHARLOTTE NC - 07-24-2018 (Press Release Jet) - Search Solution Group's Party For Patriots concluded this week with the delivery of a very "large check" to Veterans Bridge Home in Charlotte NC. Search Solution Group, along with other Charlotte organizations such as Eat Work Play, Beasley Media Group, Rooftop 210, and Alive After Five worked together to raise money for local Charlotte veterans. 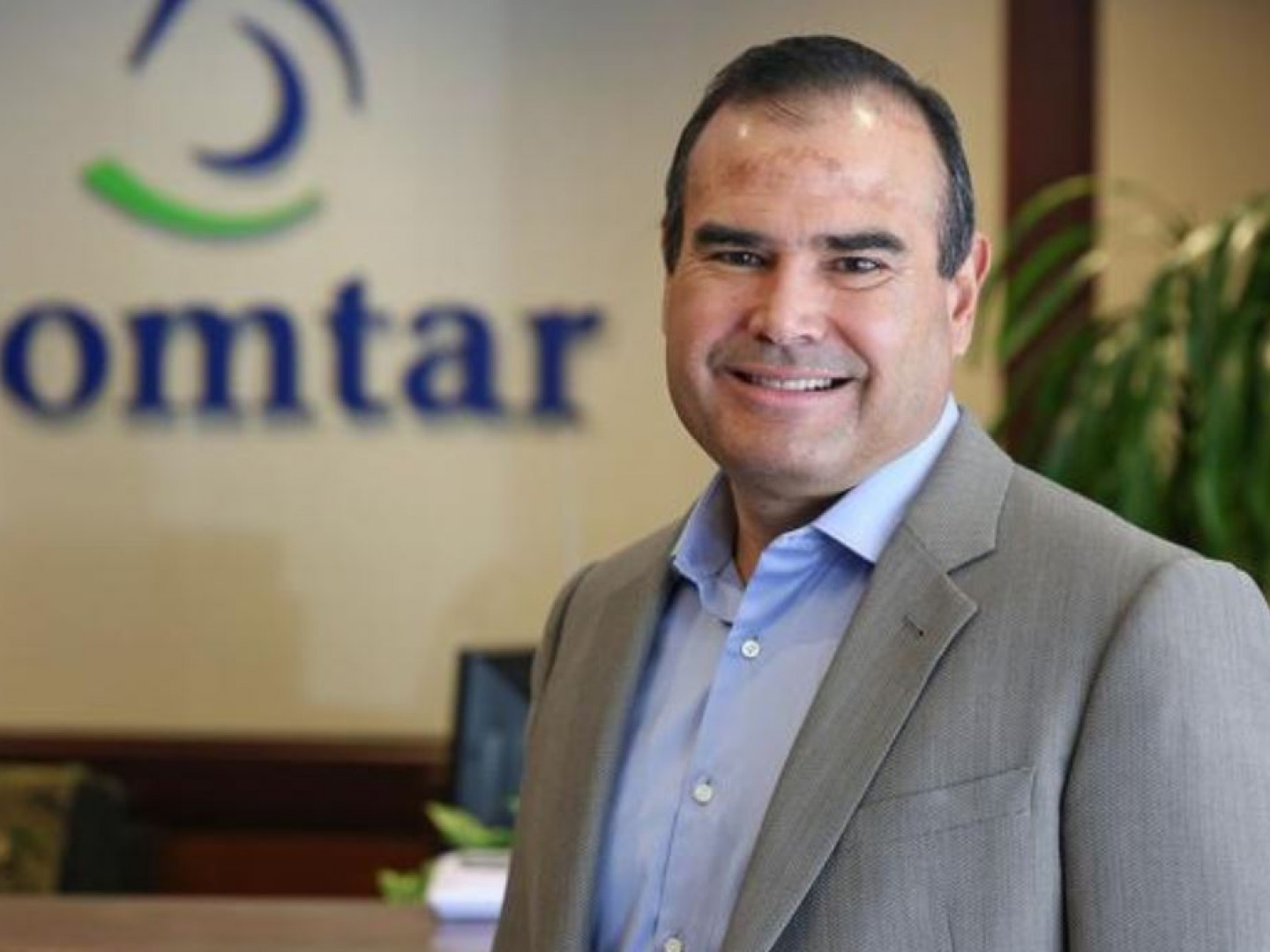 How Domtar is taking the lead on hiring, training veterans 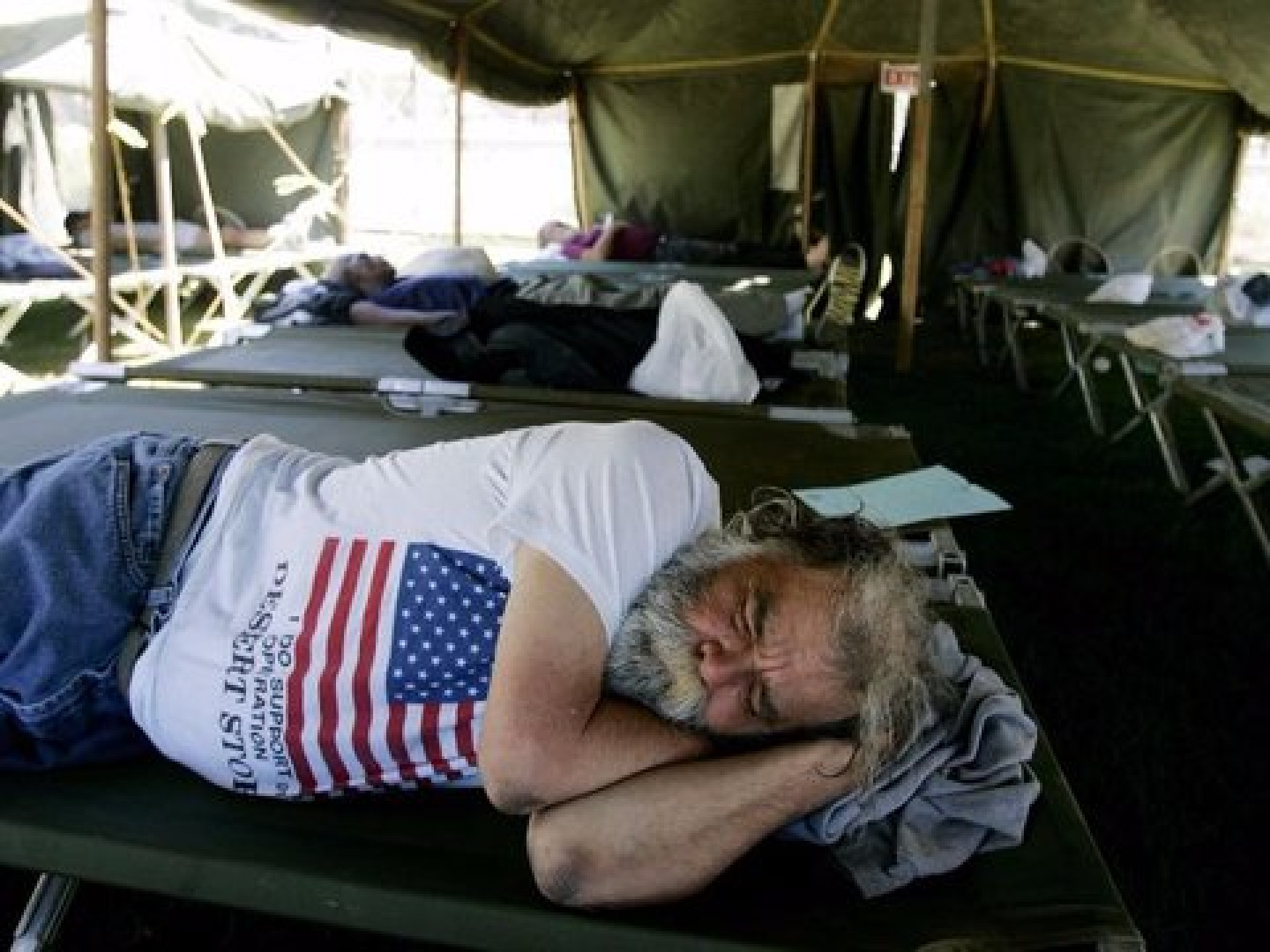 In the wake of the suicides of celebrity designer Kate Spade and celebrity chef Anthony Bourdain nearly two weeks ago, there was an outpouring of news stories, tweets and hashtags regarding suicide awareness. Most often, the crux of these messages was to encourage those with suicidal thoughts to seek help, and included the sharing of information for the National Suicide Prevention Lifeline and website. 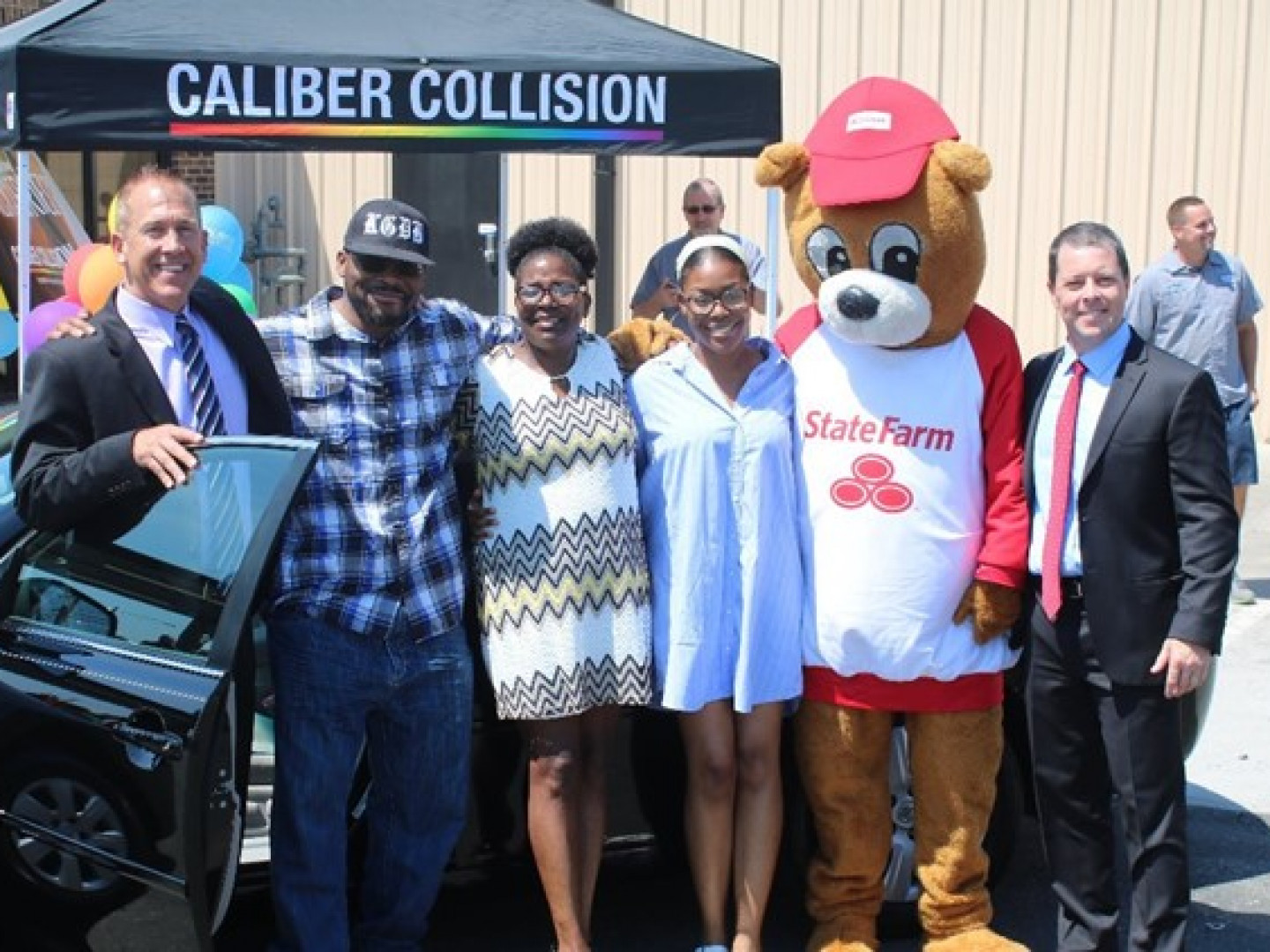 Veteran mom gets 'recycled ride' to get back on the road

When Melody Mganga's car broke down, she couldn't afford to buy another one. However, without a vehicle, she couldn't make it to interviews for a full-time job in order to earn money for a new ride. 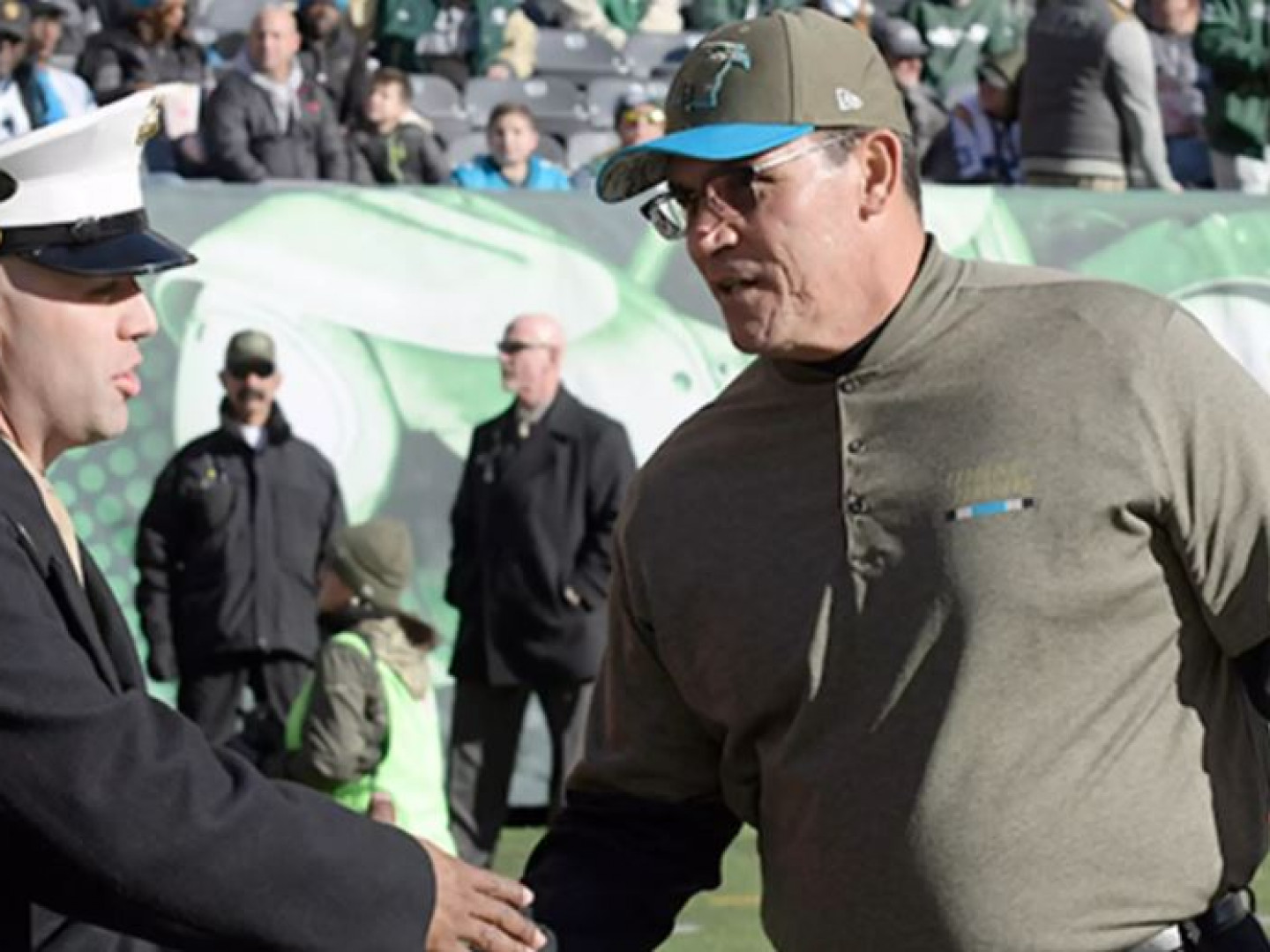 Head coach Ron Rivera is one of three finalists for the seventh annual Salute to Service presented by USAA.

The winner will be announced during NFL Honors, a two-hour awards special to air on NBC on February 3 at 9 p.m., the eve of Super Bowl LII. Falcons wide receiver Andre Roberts and former Titans head coach Mike Mularkey are the other finalists. 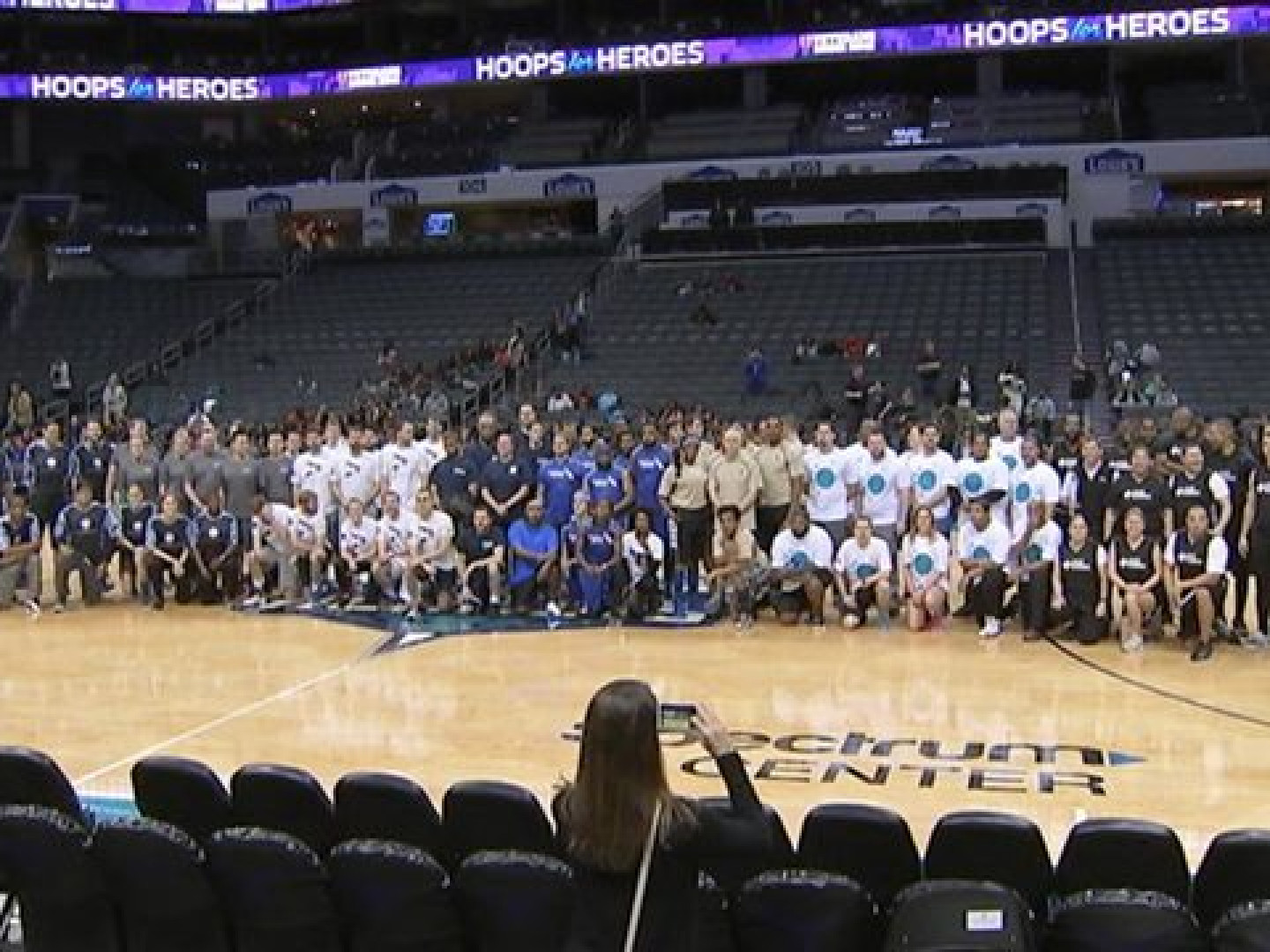 CHARLOTTE, N.C. - The Charlotte Hornets had the night off, but their homecourt, the Spectrum Center, hosted military veterans for a friendly 5-on-5 basketball tournament.

The Hoops for Heroes event helps veterans get much-needed help as they transition to civilian life.

Veterans find community, comfort and the help they need transitioning from military service to civilian life

Fundraiser event held in uptown to help give back to veterans

Veterans Park in Charlotte to get fitness court

Getting Results for America: Helping Veterans

Veterans Bridge Home Executive Director Blake Bourne and Retired U.S. Army Special Forces Sergeant Rodney Thompson join Good Day Charlotte to talk about how the organization has helped Thompson and can get results for other veterans.

Working with Charlotte employers to find vets for jobs

Local veterans get homeowners assistance thanks to program initiatives